In my internet travels, I’ve come across a couple of descriptions of Worcester I thought you might enjoy.

The first, from this funny post about Boston jaywalkers:

And an oldie, but goodie, from bookdwarf (via John Dufresne):

the four of us drove around past the nudie bars and automotive spring repair shops on the outskirts of town until we hit Worcester Center. We briefly got lost in the Abandoned Warehouse district, and then stumbled upon the Gentrified Abandoned Warehouse district, featuring loft condos (natch), a discount meat store (“We Towed You So” emblazoned cheerfully across the parking lot), and a tapas bar called Bocado.

Today is the 262nd anniversary of Isaiah Thomas’ birth.  (I always refer to him as “Isaiah ‘not the basketball player‘ Thomas.”)

Isaiah Thomas was, of course, an extremely successful printer, publisher of the Massachusetts Spy, author of The History of Printing in America, and founder of the American Antiquarian Society.

I’m representing for the non-outdoorsy set today.  Why go out at all when you can just enjoy these pictures of Worcester parks in the snow from the LandPerspectives blog?

via road to nowhere:

Okay, I live in New England and even better I live in Worcester which is not only the Hellmouth, but where God decides to dump all the snow he doesn’t know what to do with. “No, don’t put it on Everest. Put it in Central Massachusetts.”

Chamberlain’s memoir of his scalping days, My Confession: The Recollections of a Rogue, was a basis for Cormac McCarthy’s brutal western Blood Meridian. McCarthy’s book is considered by some to be one of the great 20th century novels. 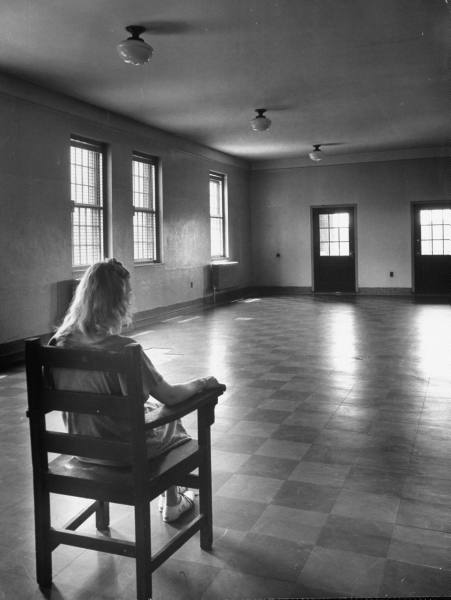 Google Images has an extensive collection of Life Magazine pictures, including many of Worcester State Hospital from the late 1940s.  See this post and this post for some examples.

Tip: if you want to see some cool Higgins Armory pictures, search under Worchester (yes, with an “h”; though this is one that’s labeled with “Worcester”).

The film Seven Shades of Green will be screened at the Worcester Hibernian Cultural Centre next Thursday, January 20, at 7:00pm.

…the Worcester Academy WAMASH blog has a great post about Mariemount, the estate of the Crompton family.

I see the Telegram and Gazette has already gotten here today, but I thought a bit more about the skating at Crompton Park was in order (particularly since they really aren’t kidding about the ice not being all that thick on ponds yet).

Skating is on the tennis courts, which are near the corner of Canton and Quinsigamond Avenues (note, for those driving, that Canton is a one way street away from Quinsigamond). The rink is open from 10-5 pm, ‘though a gentleman I was talking to while I put on my skates said they’re planning some night skating times in February.

We were there Saturday afternoon, and I’d say there were probably fifteen or so people over the course of the hour we were there. There was a group of very driven, but very careful, hockey players in one corner, a few middle schoolers racing each other from one end to the other, and a few people of various ages learning to skate.

What struck me the most–perhaps because you won’t always find this while skating–was how accommodating everyone was. It’s hard for hockey players and “just skaters” to share a rink sometimes, but, because the hockey was mostly in one corner, and when it wasn’t, they were careful, it was fine. People who’d already seen it went out of their way to warn new skaters of the bumpy corner. One man loaned a kid his hockey stick for awhile. It’s a nice, neighborhood rink that the neighbors don’t mind sharing.

And if you have any skates you aren’t using squirreled away in attic or garage, bring them over to Pernet Family Health Services on Millbury Street, and they’ll see that a local kid gets them.